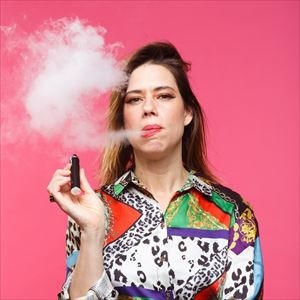 This event is for 16 and over - No refunds will be issued for under 16s.

Lou Sanders is one of the most original comedians in Britain. A widely acclaimed stand-up, her last Edinburgh show, Shame Pig, was her biggest success yet, receiving rave reviews and adding extra shows at both the Edinburgh Fringe and at London’s Soho Theatre where it ended up selling out three separate runs.

She has performed internationally including performances on Comedy Up Late from the Melbourne Comedy Festival (ABC1) and the New Zealand Comedy Gala 2017 (TV3) and supported Katherine Ryan on her latest West End run at the Garrick Theatre, as well as at the recording of her Netflix special at the Hammersmith Apollo.

Lou says about the show, “It’s me, Loulie, AKA the face that launched a thousand dicks! In this show I’ll examine relationships (all kinds, baby), mental health (other people’s, I’m fine) and perverts (that one is mainly me, actually).I’ll be oversharing, wanging on about spirituality and giving everyone some much unwanted advice.”

As seen/heard on Taskmaster, QI, 8 Out of 10 Cats Does Countdown, Travel Man, Hypothetical, The Russell Howard Hour, The Unbelievable Truth, Ultimate Worrier and more.

‘A comedian who leaves you wanting more’...Times